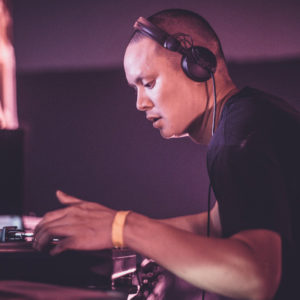 Too young to enter the clubs, Stefan did so anyway. Scouting all the mainstream electronic scenes at an age of 15, Stefan absorbed all the styles he could find. At age 16 he discovered the dutch free-party scene and it was here where Stefan found the ultimate inspiration for his music. It’s 1998 when Stefan started DJ’ing/producing and a year later he teamed up with his friends to start their unique brand of free-party: ZMK Soundsystem.

Around 2000 Stefan was already a notorious vinyl collector and he was one of the members to start the ZMK record label, which contributed even more to ZMK’s european succes. Stefan’s tracks were featured on the first 2 EP’s, which instantly sold out. Stefan has performed at countless events all over Europe, promoting the dutch unique blend of acid, tekno, hardtek and hardcore. Over the years Stefan’s style really started to develop and the integration of different styles (breakbeats, industrial, techno, rave) became more and more evident. Stefan’s mixing is precise, fast and without compromise. And his sound is always dark, progressive, emotive and captivating. With over 19 years of experience, he is considered to be the most booked dutch DJ of the free-party movement.

But his development does not stop there. From 2010 his tracks began to develop an unique mental en industrial flavour, and were picked up by all sorts of labels, such as: Obs.Cur, Hit ’n Run, Hangar, Peur Bleue, Mackitek and Symbiote. And with the rise of technology, Stefan has found the tools to incorporate all that is good in electronic music into his uplifting mindbending cross genre sets. Thus, he has gained the reputation for smoothly switching between contrasting styles, using obscure elements, turntablism, custom remixes and the freshest beats available. What was considered to be impossible, now sits waiting at his fingertips! Are you ready?