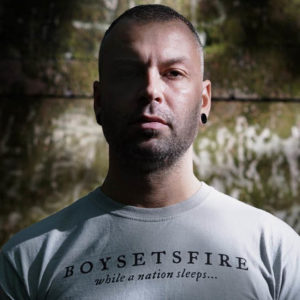 Required info is lost in time & space, but one thing is certain when it comes to his musical vision…it’s raw, dark, mental and always filled with deep emotion.

Collision’s mission?
Determined to keep on building bridges between the musical worlds he truly loves. He does this with zero compromise through his many succesful labels: OBS.CUR / Future Frequencies / HANGAR / InterWave / V O I D / X-Lab (and some sublabels). Next to that his events throughout the EU haven’t gone by unnoticed..

What characterizes his style in producing and performance?
A solid combination of Dark & Hard yet Deep Flowing Frequencies which mainly contain solid drops of Tekno, Acid, Rave and Mental Hardcore. The blend of these styles depends on the context/event/gathering.

His music?
By producing more then 80 tracks Collision can be called a steady force. He released tracks on his own labels but also on many other known labels such as: Neurotrope, Acid Night, Tekno Sucks, L’Hallucidete, Ketoksid & more.. Nowadays he plays troughout Europe’s majors (London, Paris, Berlin, Rome, Prague, Bruxelles, Madrid, Rotterdam, Barcelona, Antwerp, Amsterdam to name a few), but he also performs at the most remote places and dark corners of the planet.

The future?
Collision is determined to go even more widespread with his sound & vision.

He has only just begun…